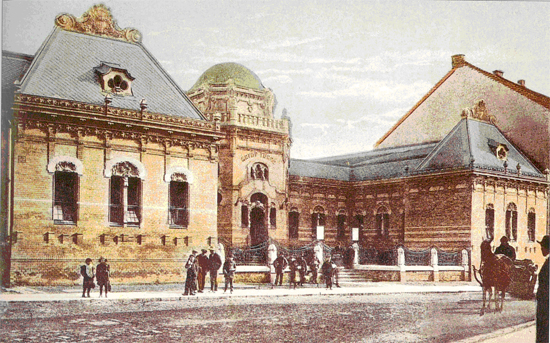 The spa’s facade in its original state around 1910

It is one of the few secessionist buildings in Szekesfehervar that can be found in the Kossuth street. Its hotel has faced the Várkörút. The spa itself was planned by Jenő Hübner and opened its gates on the 31th of December 1905. It was the city’s most modern medical institution and became popular fast which has been operated by the Commercial Bank Ltd. of Szekesfehervar. The spa has been modified many times through the early years of 1920. At this time smaller outbuildings, a hotel (50 rooms), theater and restaurant were built to it which were opened on the 15th of November 1922. In 1926 the spa’s garden and summer cinema has been established during the organization of the Várkörút, it was no secret that the goal was to increase the business. After this the Arpad Spa has been initiated by many to get the rank of medical spa. It was Lujza Blaha’s the well known singer and actress favourite place for relaxation. In the years of the 20’s she has had medical treatments several times in Szekesfehervar. In the early 30’s there were only seven places in the country besides the capital where a mineral water plant and medical spa were functioned. From among these Balf, Parád, Eger and Szolnok were only open at summer and only Parád and Balf have bottled mineral waters. In the whole country there were only two places where medical spas were open, these are Balatonfüred and Szekesfehervar. The city provided natural healing carbonic acid resources. Salty and pine-scented bath, natural marsh bath, mud packs, ferrous thermal bath, bath tubs and cold water cure were belonged to the spa’s services. Next to the hotel there was a promenade, a garden, a wintergarden and a coffee house also. 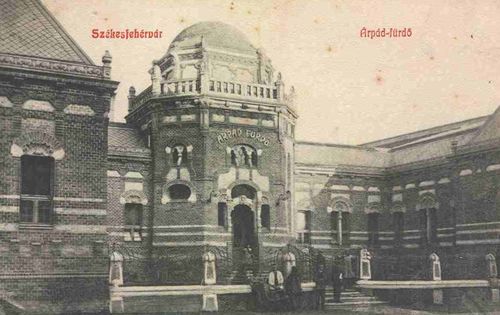 In the years of the 30’s Rezső Klein the operator of the spa and hotel worked hard to lure guests in to the Arpad Hotel but it was not an easy task. On spring of 1932 he requested a permission to put 10 tables with 40 chairs in the Kossuth street as he has written: „So the visitors who are coming to Szekesfehervar on the other hand the guests from Budapest and country towns who are on vacation by us can notice us since in Pest this was a common thing.” From the letter you can clearly see that the hotel management has done much to develop the city’s tourism and to attract the guests but dispite the big casualties it did not clear the costs as much as he has thought. The restaurant manager asked the city to have free access to the Zichy grove for the guests with a background music as a plus service. The town did not give permission to expand to the Kossuth street but the background music issue has been solved. Three years later they got a permission to establish a terrace on the side of the Várkörút in return of a public-land booking fee. In 1936 the onwers of the hotel and spa planned to expand the institution. With the support of the city’s parliament member Balint Homan, mayor Emil G. Csitary and the Ministry of Home Affairs has granted one hundred thousand pengos (old hungarian currancy) from the OTI fund as an amortisation loan for the instituion. On february of 1938 the name of Arpad Spa comes on the scene once again in the city’s writings. As the holiday year was approaching the spa was obliged to repair the poor conditioned facades, dangerously seemed door leafs, window casements, the garden of Várkörút and pergolas. The medical spa was not in an easy situation, many of the related documents were saying that it had struggled with taxpayment difficulties. Unfortunately this caused a low standard. Furthermore the repair works on the year 1938 proved to be so insignificant that afterwards a procedure was initiated against the institute with the title of hotel withdrawal. 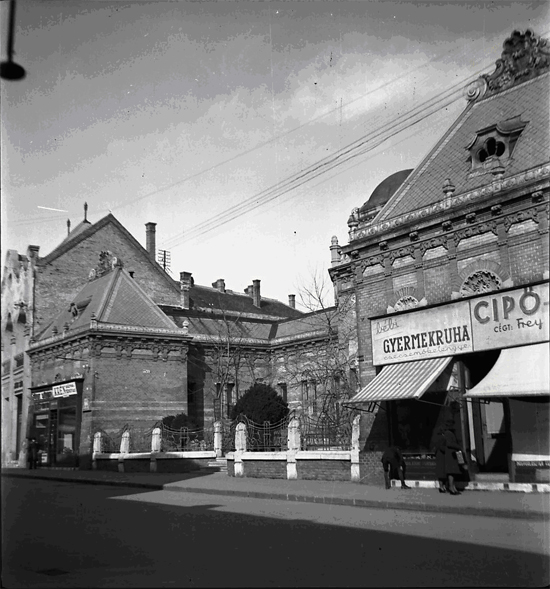 In 1939 on the request of the city’s mayor the delegates of the National Tourist Office dr. Endre Rohringer and Endre Gundel came to the city to examine the hotel in the presence of the local tourist agency and the city’s delegate in order to judge if it is needed to take the hotel title away from the institution because of the baneful standard fall. The report on the Arpad Spa was tragic which has received yet in 1933 a fairly good judgement by the Hungarian National Tourist Council! Seven years later it was already neglected. The furnitures and flooring were highly damaged, the lavatory like the rooms were barely maintained. The disrepair was typical in the area of the hotel restaurant even of the medical spa plant. Against the latter one there has been initiated a process to take away the medical spa title as well. From the report it clearly turns out that the business can be only saved by a large and serious investment and development. The city’s chief medical adviser was on the same opinion. The case at first instance was ended up with the degrade of the hotel to a roadhouse. The owners have appealed and in the meantime they were correcting the missing parts so at least the rights of the hotel usage was not in danger. It is also clear from the writings that at this time in the building of the Kossuth street area there was a watchmaker and a fur shop. In 1941 the standard of the hotel was too low once again and complaints emerged but on December of 1942 the spa and the hotel has been taken over by the city’s public facilities. They began to operate the building in their own handlings, they replaced the missing parts and at last it changed to a proper standard. The hotel’s ground floor and street facade renovation was finished by the beginning of 1944. A cellar restaurant was established next to the swimming pool. The modernization and construction works continued till the fightings in the region of Fehervar. 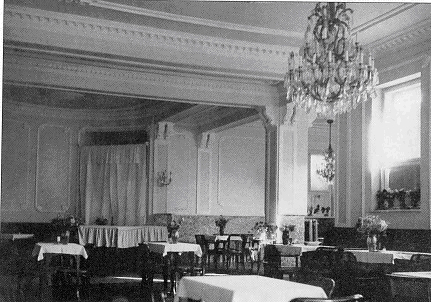 After World War II the Arpad Spa and hotel belonged to the urban public utilities. In 1946 the medical spa did not operate, only the so called 100 personal „purity bath”. The war caused a significant damage in the hotel’s building, many of its room was injured furthermore it became total useless. On May 1948 the Arpad Spa opened again just as well as the previously reconstructed Arpad Hotel. In 1950 for a shorter time of period the spa became part of the county hospital then again it functioned as a public bath till the September of 1989. 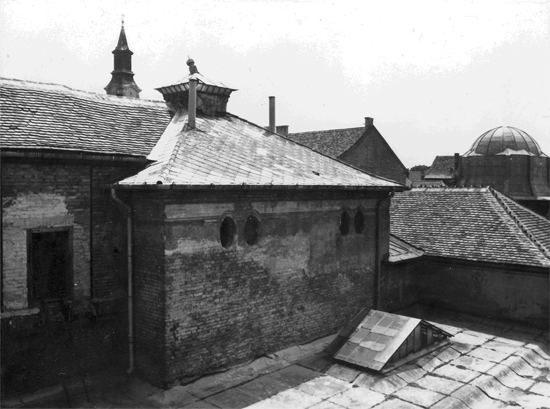 The spa’s central, emerged block with the original plaster framework of the steam bath’s windows. 1975. 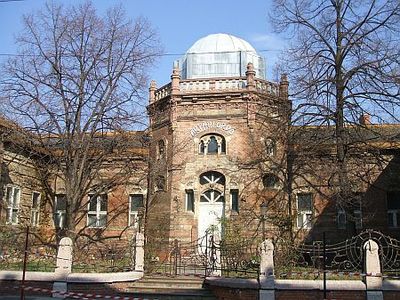 Following this the hotel and the spa were both empty and year after year its condtion has been deterioted significantly. In 2005 the spa get in to private hands by a new owner, Förhécz „I” Ltd. herewith the complete renovation and reconstruction of the building has been started. The hungarian government has also contributed to the reconstructions in one third proportion. The spa welcomes their guests in its current form from 2010. 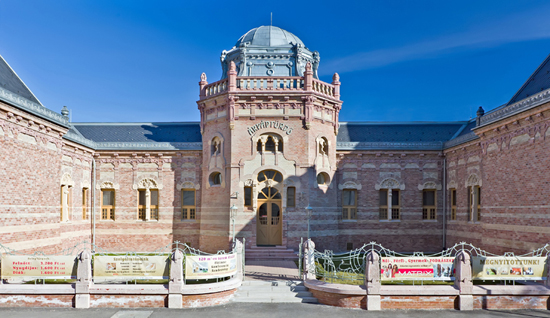 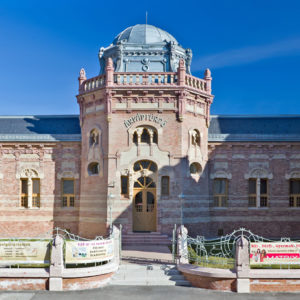 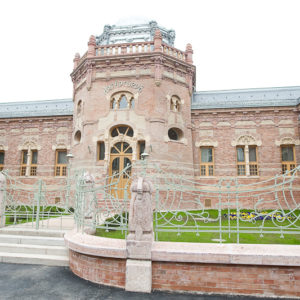 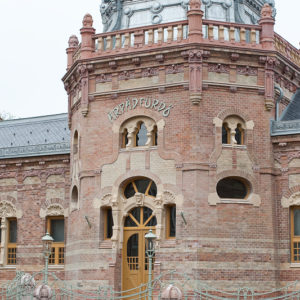 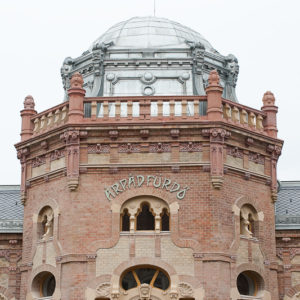 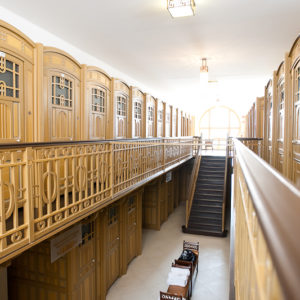 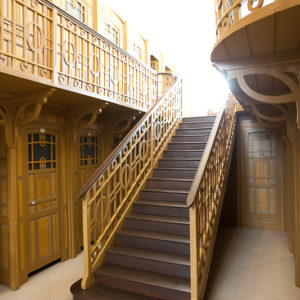 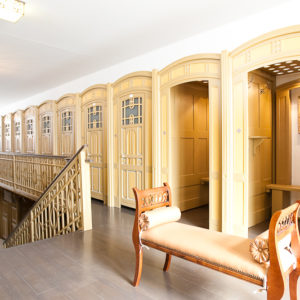 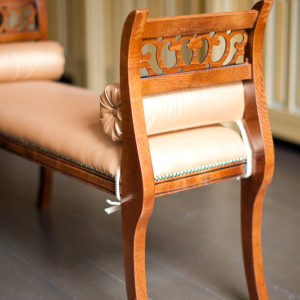 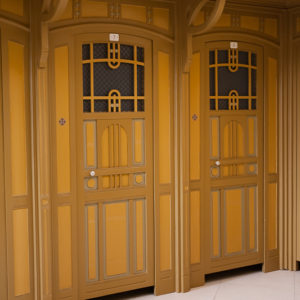 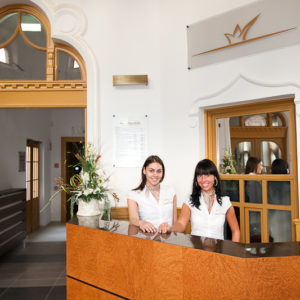 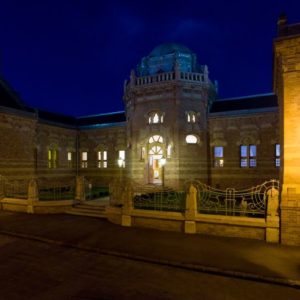 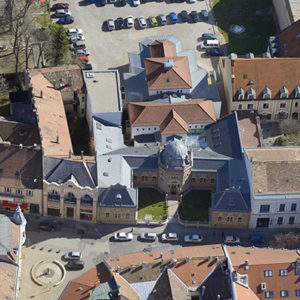